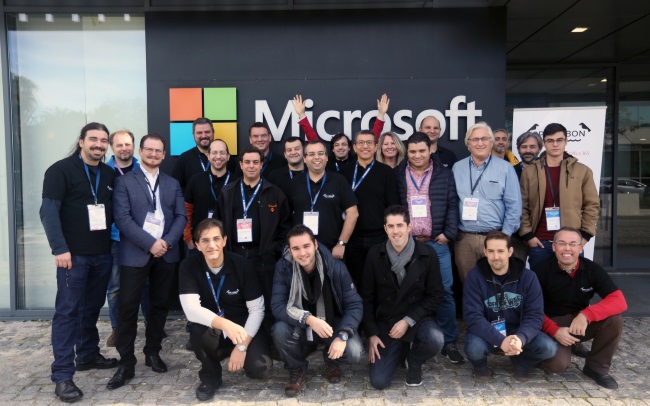 The first SharePoint Saturday Lisbon happened two weeks ago and, from my point of view, it was a great success. Being the first edition of an event is always a challenge and even more so when the event takes place one week before Christmas. But the location and good weather (for december, that is) were definitely advantages for SPS Lisbon 2016.

Even though it was organized by four extremely busy guys (Nuno Árias Silva, Rodrigo Pinto, Tiago Costa and myself) everything ran very well and we received plenty of positive feedback from sponsors, speakers and attendees. Of course we had a lot of help, from our fantastic volunteers (David Oliveira, João Tito Lívio, Ricardo Cabral and Tiago Vidigal), Microsoft Portugal (Maria João and Mariana Henriques) and from TUGA Association, especially Niko Neugebauer and Paulo Matos. It was great working with all of you!

The Call for Speakers gained a lot of traction, not only amongst Portuguese speakers, but even more with international speakers which submitted many interesting sessions. We had a hard time selecting the sessions and speakers for the event, but in the end I think we ended up with a fantastic schedule.

On the day before the main event, we had two full-day pre-con workshops by Marc D. Anderson (SharePoint Client-Side Development: 0 to 100kph in One Day) and Gokan Ozcifci (SharePoint 2016 & Office 365 Admin MasterClass). Being two great speakers they rocked the workshops and we received really good feedback from the 24 participants. Thank you both for taking the time to prepare and deliver such high quality content to the community.

The main event was composed of 2 simultaneous tracks of 6 sessions each:

Thank you all for sharing your knowledge and for being awesome while doing so.

None of this would have been possible without our sponsors. We had an overwhelming response from companies when we opened the Call for Sponsors, with several companies wanting to be present at the first SharePoint Saturday in Lisbon. We actually received more sponsorship requests than available slots and had to decline some of these requests. A very special thanks goes to:

We had around 150 registrations for the main event and around 100 attendees. Thank you very much for attending! We had a great time putting the event together and we hope you enjoyed it and found it useful.

We’ll be bringing SPS Lisbon back in 2017, towards the end of the year but hopefully not the week before Christmas. But before that we’ll be actively involved in the second edition of TUGA IT Conference, the largest IT conference in Portugal, which will take place on May 18-20. I’ll be posting more on that in the next few days 🙂